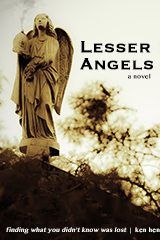 The idea for "Lesser Angels" came about when my brothers and I found an old divorce certificate tucked into a box in my mother's closet. My parents had been married for forty-three years; none of us knew about mom's previous marriage. This discovery led to a series of other questions: What else didn't we know? Was her first husband still alive? Why did they get married? Why did they get divorced? "Lesser Angels" tells the story of a brother and sister in search of answers to these questions.

What Else Do You Not Know About Your Parents?

While going through their mom’s belongings following her death, one of the brothers discovered an envelope buried inside her chest of drawers. Frail-looking, the envelope had an embossed seal across the back. Folded inside was a divorce certificate. “Did any of you know?”

The question hung in the air. No one answered. One shrugged his shoulders and shook his head. Another looked stunned. Out of five boys, none of us had known about mom’s first marriage. When mom died, she and dad had been married for over forty years. For some reason, she had kept this fading envelope with a certificate of divorce tucked away in her bedroom.

Why? And who was this fellow she had married and divorced in less than a year? Did she have to get married?

Based on a true story, Lesser Angels follows two siblings – a brother and a sister – who took divergent paths as adults and find themselves in a common pursuit of their family’s history: to find the man on the divorce certificate. Along the way, Rita makes peace with mother’s memory as well as her own spiritual underpinnings. Sandifer, the oldest, set out to change the world only to become embittered. In the end they found something neither knew they had lost. 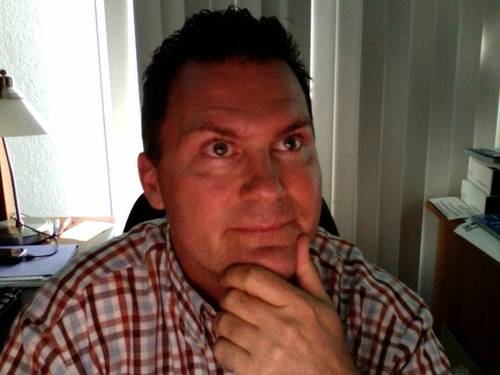 In 1999, Ken entered the dot com world and co-founded a business that enabled non-profits to make better use of emerging technologies. During this same time, he also worked in the pre-launch days at Christianity.com - when the coffee and donuts were free and foosball breaks were required.

In 2005, Ken was hired by Stadia: New Church Strategies to return to San Diego and start LifePoint Christian Church. During his time at LifePoint Ken had the pleasure of seeing people who were disconnected from God find their way back to him. Ken also had the privilege of partnering with other new churches to reach San Diego and beyond.

The Hensleys now live in Denver, where Ken is the Senior Pastor at Mountainview Christian Church in Highlands Ranch. He also serves on the Board of Directors for Church Planters of the Rockies, an organization that starts new churches along the Front Range of Colorado.

Look Inside
Disclosure of Material Connection: Some of the links in the page above are "affiliate links." This means if you click on the link and purchase the item, I will receive an affiliate commission. I am disclosing this in accordance with the Federal Trade Commission's 16 CFR, Part 255: "Guides Concerning the Use of Endorsements and Testimonials in Advertising."