Opportunity Camp 2006 is now over and in the pocket. We had one of the best camps in recent years. With 100 campers and more than that staff, it was a great experience for everyone. Here are few pictures snapped by our camp photographer (scaled down for better loading). 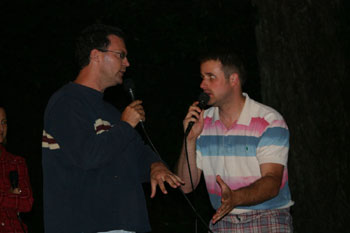 Bobby (“Jack”) interviews me on how campers can be on the evening show. One of my new responsibilities at camp is to serve as the “screener” for the evening program. All the little kids would come running up to me and say, “kenhensley, can I be on the show tonight”?” 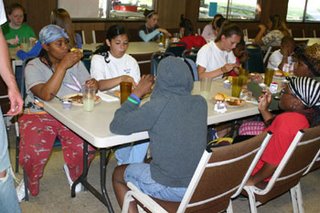 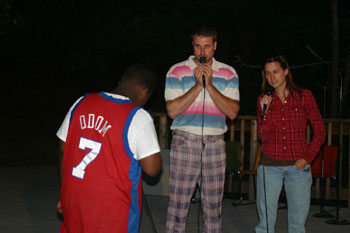 Bobby and Amy — hosts of our evening program — appeared this year as Jack and Janet from Three’s Company. The week was spent looking for a third roommate to replace Chrissy. Bobby and Amy are both actors based in San Francisco. Amy and her husband just returned to the Bay Area from NYC. 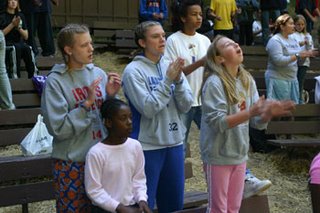 Campers sing during morning assembly. Even though most of these kids are not regular church-goers, they pick up the songs really quick. 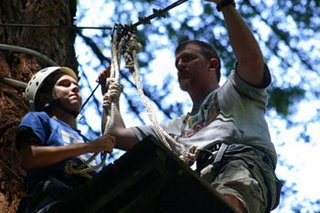 Jackie helps a camper on the ropes course. Besides being a youth pastor in Texas, he also doubles up as a ropes course instructor. And he grills a mighty fine BBQ brisket. 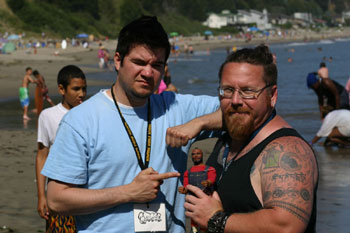 A camp tradition — taking pictures with Mr. T at the beach. Chris is pointing, Eric is holding. 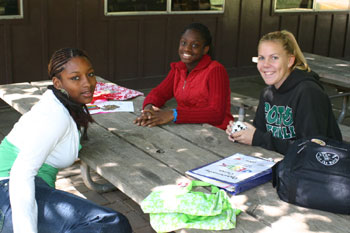 Spending a little free time together. 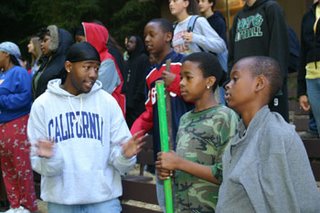 The green stick is known as the “spirit stick” and is given to the cabin or tent that shows the most spirit at circle time. Sporting the nice sweatshirt is Ishmael, a long-time counselor at Opportunity Camp. 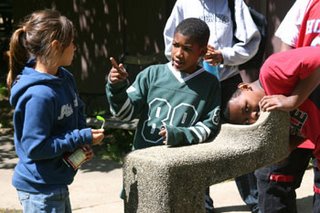 I liked the picture but I have no idea what they’re talking about! 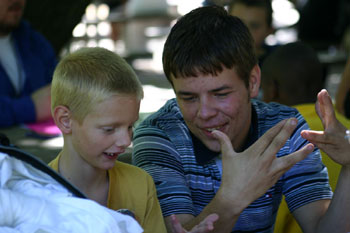 It’s either a fish story, a rap song, or sign language.