… or “table tennis” as the sophisticated like to call it. After meeting Adrian Gonzalez and taking a three hour tour of the outlets in San Ysridro, we went to Balboa Park where the Southern California Table Tennis Tournament was being held. It was incredible! It was inside the Activities Building and had three long rows of ping pong tables. Men, women, children, young, old, and even a guy in a wheelchair were playing!

It took me back to my days when I worked in the student activities center in college. As part of my work study program, I would operate the activities center for a few hours each day. This usually allowed me ample time to play a few games of ping pong. There were several of us guys who were pretty hardcore ping pongers — nothing quite like the level I saw today but not too shabby either.

Some of my best ping pong memories are from playing the Miller brothers, these two guys with incredible wingspans. Then there was Wasim, who would sit back and wail on the ball. There were several others … all of us ping pong warriors.

But the people I saw today were on another level altogether. They had carrying bags for their rackets, special shoes and shirts, and coaches. It’s made me think of getting a new paddle and hitting the gym. Stay tuned … 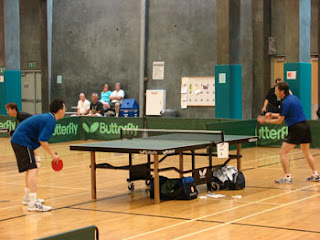 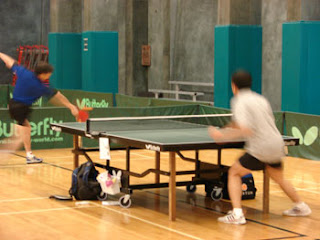 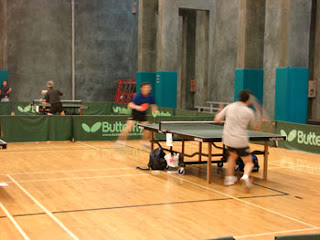