It was sixteen years ago today that Tonya and I were married in Memphis, Tennessee. The weather did not cooperate and a raging thunderstorm swept through West Tennessee. The wedding itself was very elegant and included many family and friends. If I felt so compelled, I might have scanned a few wedding pictures and uploaded them with this blog — but then I would have been bombarded with all these comments about how skinny I was back then and why I don’t wear the really big glasses anymore! And once a picture is on the Internet, who knows how it might come back to haunt me if I ever decide to run for President.

Following our wedding, we finished out one semester of college and then headed for the West Coast — San Diego, to be specific. Our first real home and ministry job was with the now defunct Allied Gardens Church of Christ. They were small enough and brave enough to hire a 21 year-old preacher and we were crazy enough to move across the country. It was a match made in heaven.

From there we moved to Walnut Creek, CA (near San Francisco) where our two daughters were born at the local Kaiser hospital. We also bought our first house during this time, a 3 bedroom beauty in the town of Concord. I can remember laying in the middle of the living room as we were moving in and thinking, “Wow, there’s so much space.” Tonya became a stay-at-home mom and a very good one at that.

We left Walnut Creek and moved to Covington, GA … as we also left the church denomination we grew up in for a new one. It was our first time living outside of California since we had been married. Our oldest daughter began school in Covington, played on her first softball team, and so much more. We loved our church family at Covington Christian Church and I think it’s safe to say, they liked us, too. We also bought our second house in Covington and acquired a wonderful set of neighbors in the process.

In the summer of 2004, we accepted an invitation to explore the option of starting a new church back in California. We underwent assessment with Stadia: New Church Strategies and was subsequently offered a job as church planters. After much prayer and consideration, we accepted the offer.

That started us on the journey that eventually returned us to San Diego — our first home as a married couple! In fact, we live and worship less than five minutes from where we did the first time around. LifePoint is the new church we are privileged to serve.

Through these sixteen years of journeys and adventures, Tonya has been a constant source of encouragement. We covered a lot of miles, experienced highs and lows, and entered in to parenthood … and we’ve not only survived but have thrived … though parenthood has nearly killed me a time or two.

Proverbs 31 says this … ” A wife of noble character who can find? She is worth far more than rubies.” I have found that to be true more times than I can remember. 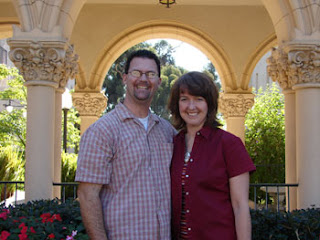 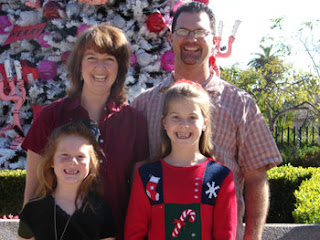