the pied piper of capitalism

By KenAugust 15, 2006General
No Comments

Have you ever felt like you were in a movie? I had that feeling yesterday as I was walking into the Wal-Mart at Parkway Plaza. As I approached the outside entry, I noticed there were streams of people coming from all directions — just to get in Wal-Mart. We were all walking in single file and no one was talking. It made me think that Wal-Mart has become the pied piper of capitalism … only it draws us in, rather than leading us out. 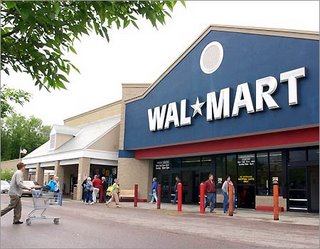